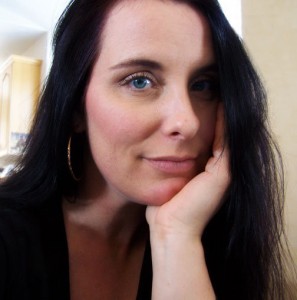 I am the sum of many complex parts:  Part upscale city girl and part getting filthy dirty, work until you can’t move ranch girl.  I’m complicated.

Frequently I think, “How in the hell did I end up here?” I have lived several lives in my ?  years.
In a previous, previous life, I was involved in the U.S. Navy cadet program and was on my way to the Naval Academy in Annapolis, MD. That was plan A.
One Top Cadet Award at boot camp and one sexual harassment incident at airman school later and the previous, previous life was over.

In a previous life I was a musician / rock star in training. That was plan B.
I lived in Las Vegas, Nevada for a little over 16 years where I worked as a web designer / developer to pay for my music habit. That was sort of plan C. (Funny how Plan C has become Plan A, but I digress.)
Anyway, I played in an original band called Inside Scarlet with some amazing musicians. I found my purpose in life.
We were actually pretty good and got a lot of label interest from the two CD’s we put out on our own. I chased that pony for almost 10 years. Then I hit 30 and hit the wall.

Within eight months, I quit the band, packed up and moved to the town where I grew up, Cedar City, Utah; I pretty much disappeared from the Vegas band life. Everyone who knew me thought I went into witness protection.

Obviously there is a lot more to the story, which is why I finally decided to start a blog. I wanted to chronicle my “lives” for my daughter and frankly, my memory sucks so I thought it would be a good way to start mining what’s left of it.
I thought this would also be a good place to share recipes, music, photos, thoughts and, you know, whatever else I feel like 🙂